Your passport photo is unlike other pictures. This is because it’s packed full of rules and criteria that you must adhere to in order to attain one that will be deemed suitable by the HM Passport Office. Take, for instance, your expression. The official guidelines state that it must be ‘neutral’ – but what exactly does this mean? You’re right to be seeking advice because even the smallest hiccup could mean that the picture is unsuitable and your passport application is delayed. Therefore, let’s take a closer look at what constitutes a neutral expression.

What does it mean?

The guidelines essentially call for you not to show any sort of emotion on your face. You can’t appear happy or excited, nor can you be sad or angry. This means that you’ll have to pose in a style where it’s impossible to read your emotions because you are simply looking straight at the camera without any sort of expression.

Where could you go wrong?

The typical mistake that people make is to smile on the proposed passport picture for a passport renewal. Not only is this not allowed, but the guidelines actually state that a smile – even the faintest glimmer of a smile – is enough to cause the photo to be rejected. The other example used is frowning, which once again isn’t acceptable.

Why is this the case?

Contrary to popular belief, it’s not just that there has to be an air of seriousness around people’s passport photos. Instead, it’s because a picture that doesn’t meet the criteria could cause you serious problems when you’re entering or leaving different countries – especially if you’re using an e-gate. If you show emotion then you could be distorting your face, ultimately making it difficult for the biometric software to get a decent reading of your identity.

The only way you’ll ever have a valid adult passport in your hands is to master the art of posing with a neutral expression. If you’re unsure whether you’ve got it right, be sure to send the picture over to the team at Paspic. This way you’ll have confirmation that it’s satisfactory before submitting it along with your application. 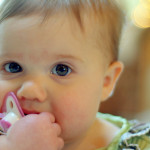 Can my child have a dummy on their passport photo? 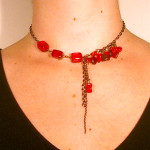 Can you wear jewellery on your UK digital passport photo?