Your passport photo must be taken in front of a light coloured background, with no shadows falling either on your face or on the screen behind you. The photo should only feature you; no other people or objects should be included in the photograph. It is also essential that your passport photograph was taken within the past month so that it accurately represents a true current likeness of you.

The rules on the government website aren’t particularly clear when it comes to prescription glasses. The official guidance states that if you wear glasses that you are unable to take off, then your eyes must be fully visible behind the lenses without any reflection or glare obscuring the view of your eyes. However, as passport photographs are often taken in a booth, or — in the case of online passport pictures — are taken at home using a camera with a flash, it can be difficult to reduce the reflection or glare caused by the lenses in prescription glasses. Therefore, where possible, it is advisable to remove your glasses in order to have your passport photo taken.

What to write when countersigning a passport photo 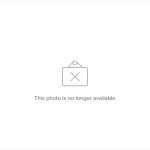 Who can countersign a British passport application?