According to the passport authorities, around 20% of online passport applications are rejected as the applicant has their eyes shut on photographs. A recent case hit the headlines when an Asian heritage man had his application rejected nine times as the software used to automatically measure and reject such criteria decreed that his eyes were shut, even though they weren’t.

Although shocking, this example illustrates the fine line between what is acceptable to the algorithms that measure images, and what you feel makes a good passport photograph.

It can be hugely frustrating to go through the process of applying for a passport only to be rejected due to an oversight – particularly as some of the criteria may seem arbitrary to us mere mortals. It can also cause a lengthy delay which may impact your holiday plans.

Surprisingly, people still make the mistake of thinking they can submit a snap that is not even regulation size or shape, or ones scanned from other places.

Many photographs are rejected due to the natural human reaction to a camera – a smile. This is considered a facial distortion, and it is important to keep a “straight face” for the shot you use.

Other photographs are rejected as the subject has left their glasses on, has what is considered excessive makeup or is adorned with jewellery. They may also be wearing something that casts a shadow over their face or even gives the impression they are naked due to bare shoulders. One of the most common mistakes too is hairstyle: hair has to be back off your face, so that elaborate “do” will have to wait for your holiday.

The background has to be completely plain cream, white or pale grey – and well lit. Another common cause of passport photograph rejection is if there are “alien” objects in the background (shadows or other distractions) or that the image is overexposed and too bright, making detail hard to read.

All of this can make you feel uncomfortable and stiff when getting your photograph done, but you do need to relax and look as natural as possible. The image will be rejected if you are not sat naturally, looking straight at the camera.

If in doubt, use Paspic to approve your passport photo in advance and go into your application process with “your eyes wide open”.

Photo: 35 of 52 by Sebastian Anthony licensed under Creative commons 2 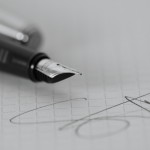 Choosing a suitable countersignatory for your passport photo 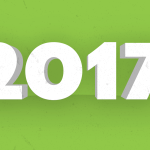 Does your passport run out in 2017? 4 reasons you shouldn’t wait to renew