Most of us have had experience with getting a set of passport photos which have turned out rather badly. Either we look nothing like the person we recognise from the mirror, or there are errors that won’t pass Her Majesty’s Passport Office. 100 years ago, when passports first required photographic content, the rules were more relaxed.

When Sir Arthur Conan Doyle, author of Sherlock Holmes, applied for his passport in 1915, he posed with his wife and children, as if for a family portrait. The two boys were sat in a little toy cart. There were no photo booths of course, so the would-be travellers would probably have to go to a studio. For those with access to a camera, this was not even necessary. A French mother and child were pictured on a beach. In those days, there were no strict criteria.

In order to visit the troops on the Western Front, the Archbishop of Canterbury appeared in his full regalia and robes for his passport photo, he was even bearing his elaborate crozier.

A passport was just a sheet of paper, folded over. When Lord Palmerston was asked by Belgian authorities in 1835 to state his height and eye colour on his, he declared such a suggestion was both “degrading” and “offensive.” Personal descriptions and photographs became required with the onset of World War I to offset fears of spies. This was still not without problems. Explorer Bassett Digby was not impressed when his own definition of his face as “intelligent” was changed by the Passport Office to “oval”. It was not until 1932 that British passports were encased in blue cardboard and turned into a booklet, a version which survived until 2003. The rule about not wearing hats in passport photos came in in 1926. Smiling was banned in 2004.

The burgundy covered British passport we now carry comes with a long list of over 20 rules for photos. These are mostly due to biometrics which measure the distance between facial features. You can be sure of getting perfect passport photos every time if you use our services here at Paspic. 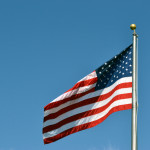 Don’t get caught short across the pond 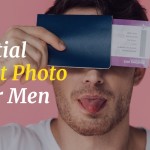