It’s not an ideal situation to have to take a passport photo when you’re currently sporting a bruise on your face. Unfortunately, this can’t be helped in certain situations. Those who need a passport as soon as possible might not have the luxury to wait until the bruising subsides, meaning they have no option but to pose for their passport picture with the injury on show. The question is: will your passport photo be rejected if you have a bruise on your face? This is what you need to be aware of as you submit your passport application.

Can you have a bruise on your picture?

Yes – but there will be strings attached. The official who assesses your passport photo does have the ability to approve it. However, this will only happen if your trip is in the immediate future. This is because a bruise is not a permanent feature on your face and, therefore, should mean the picture is rejected. The only way that the picture will be accepted is if there is a case note to show that ‘the photo has been accepted to facilitate urgent travel’.

What happens from there?

You’ll only really be able to use the passport on your upcoming trip. After that, it will have to be replaced at your own cost as soon as possible. If you try to use your passport beyond your initial trip you’ll more than likely struggle to leave the country and once again be advised that you need a new passport with a new picture.

It’s possible that a disclaimer might be added to your passport application which warns you that the photo might cause you to be delayed at the border when entering different countries.

Of course, if you need a passport photo as soon as possible then you’ll need to submit a picture with your bruise. You can, thankfully, avoid any possible delays by first sending the image over to Paspic. We’ll assess it to ensure it meets the other guidelines, in the process removing the chance of the photo being rejected for reasons other than your bruise. 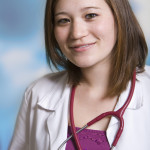 Can you wear a uniform on your passport photo? 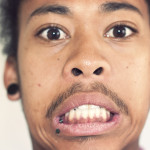 Do I need to remove my facial piercings for my passport photo?