All new passport photos must include unique, measurable physical characteristics which enable facial recognition technology. Such passports are often referred to as a biometric passport, an e-passport, ePassport or a digital passport.

This is a combined paper and electronic passport that uses biometric technology to identify the identity of travellers. Using the Paspic service will ensure that your passport photo meets the guidelines set by the International Civil Aviation Organization.

Every face has as individual shape made up of nodal points, or valleys and peaks, with each face having around 80. Facial recognition software measures and matches these unique characteristics through a digital camera and compares your face to the photograph recorded on the ‘chip’ in your passport.

It analyses the characteristics of a person’s face by measuring the overall facial structure, such as the distance between eyes, nose width, eye socket depth, cheekbone shape, mouth shape, and jaw line length.

There is a process involving four stages to fully identifying a traveller from their passport photo. The first stage is to capture the image; then there is the extraction of data from the photo, creating a template; a comparison is made between an existing database and the new photo; and a match is then found (or not in some cases). This process takes an average of five seconds.

Facial recognition is the least intrusive and fastest biometric tool to identify passengers. It works better than other points of recognition such as finger prints in which the user is required to place their hand on a reader. This process is not acceptable in some cultures as well as being a source of illness transfer. Human eyes can be individually identified too but this poses a more logistical issue of getting travellers to precisely position their eye in front of a scanner.

Within an airport setting, rather than having to go through the staffed system where your passport is reviewed by a Border Force officer, an ePassport allows you to use the automated gates. This means avoiding lengthy queues and is actually reported to be 20% more accurate than the average person at detecting fraud. 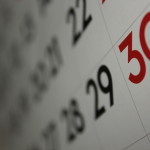 The six month rule: don’t let it ruin your holiday 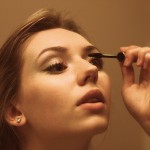 How to prepare in advance for a passport photo