We are taught from a young age to smile when in front of the camera. Unfortunately, this can lead to some confusion when it comes to taking a passport picture. If you’re ready to pose for the all-important image and want to ensure that you get it right the first time, here’s what you need to know about smiling in your passport photo.

Sadly, no. The official government guidelines are rather clear on this point, advising people that they must ‘maintain a plain expression’ with ‘your mouth closed’ when posing for your passport picture. This doesn’t just rule out flashing your pearly whites but also excludes you from flashing even the smallest hint of a smile.

When was the rule made?

The rule officially came into force in the UK in 2005. At the time the public was told that passports which were submitted where people were smiling would not be authorised and the photograph would have to be taken again. Other countries have since enforced the same rule, including France.

Why can’t you smile?

Contrary to popular belief, the reason you can’t smile isn’t because of some killjoy in the government. Instead, it’s all down to the biometric information contained in your passport. When you use an e-gate at an airport it measures key details of your face, such as the space between your mouth and eyes. Unfortunately, when you smile this information becomes distorted.

So what can you do?

You should find it beneficial to practice posing with a neutral expression on your face before having your actual passport photo taken. For some people this won’t come naturally, so trying it out beforehand should ensure that you’re able to submit a passport photo that you’re both happy with and meets the guidelines.

Our service can help

You’ll have no problem taking a successful passport photo if you do it through Paspic. Not only will you be able to take a picture from the comfort of your own home, but we’ll look over it beforehand to ensure that it meets the official guidelines and will be accepted by the passport office. 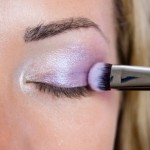 Can you wear makeup in a passport photo? 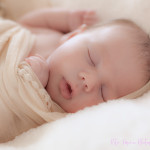 How long does it take to get a baby passport?