Every effort should be taken to ensure that your passport is kept in pristine condition. Yes, general wear and tear is acceptable – but it should be avoided where possible. In July this year, a passenger was denied boarding a flight from Heathrow to Qatar after a pre-boarding inspection determined that there was a security risk due to the fact that the paper had begun to come away. The question is: will you need a new passport photo if your passport is damaged? Here’s what you need to know.

There’s a wide spectrum of faults that could mean your passport would be determined to be damaged and as a result, rendering it invalid. This includes that the ‘details are indecipherable’ and that the ‘laminate has lifted enough to allow the possibility of photo substitution’. The passport office can determine this before you are due to go abroad and – if necessary – renew or replace your existing passport.

Will a new picture be needed?

Your existing picture might suffice, though it will depend on if it is damaged or cause for concern. You might once again have to re-establish your identity, which would involve submitting another picture along with a countersignature. The process can run more smoothly if you ask for renewal rather than a replacement, in which case you’ll have the freedom to take a new passport photo.

Will it take long?

Thankfully it’s never been easier to submit a passport photo. In fact, you can now take your picture at home. This will allow you greater scope to snap an image that you’re pleased with and should soften the blow of having to renew your passport early. You’ll be pleased to know that your new passport – along with the passport picture – will last for 10 years from the day it’s issued.

You’ll, of course, want the process to run both quickly and smoothly when trying to get hold of a functioning passport. Luckily, we can help at Paspic. Just send us your picture and our team will confirm it meets all guidelines and won’t be the cause of delay when getting your hands on a new passport. 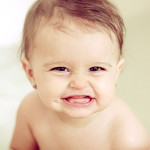 How to prepare your infant for a passport photo