You’ll need a headshot to support your passport application. This is a picture that meets the strict government guidelines which needs to be flashed when you leave or enter different countries. The majority of people are understandably quite precious over the photo and want to submit one where they look their best. The question is: where can you take passport photos near you? Let’s explore your two main options.

A photo booth was traditionally the only real means of a person securing a passport photo before going abroad. You can still go down this route if you want, but it will first mean tracking one down. Photo booths have historically been found in supermarkets and shops, however, there are now fewer machines dotted around than ever before. Depending on where you live, finding a photo booth might rely on going into numerous stores or possibly asking your friends or neighbours if they know where one is located. This might make for a time-consuming and frustrating process, so you’ll soon discover why photo booths have become a rarity.

Where can you take passport photos near you? Well, funnily enough, you’re probably already in the best spot to take them – your home! It’s now easier than ever to stay put and snap the images without stepping out. The process just starts with familiarising yourself with the government guidelines (including information about your facial expression) before taking the photos against a clear wall. You’ll have plenty of time afterwards to make sure you’re happy with your appearance. The images can then be analysed to make sure that they’re appropriate and will be accepted if you submit them to a service like Paspic. Don’t worry, the hard copies will also be posted to you so you’ll have these in your possession in no time whatsoever.

Ultimately the decision lies with you when it comes to where you take passport photos near you, but you’ll surely agree that the convenience of taking them from work or home – or wherever you are – is just too much to resist. Once you’ve snapped the pictures, be sure to take advantage of the service provided by Paspic. 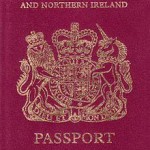 Where can I find a passport photo booth? 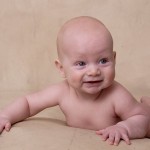 How much is a baby passport?